As part of our research in autonomous robots for urban search and rescue we have developed techniques and autonomous software for recognising:

Similar types of object recognition and identification is a crucial element of robots for home environments, such as identifying not just small objects, but also large items of furniture. 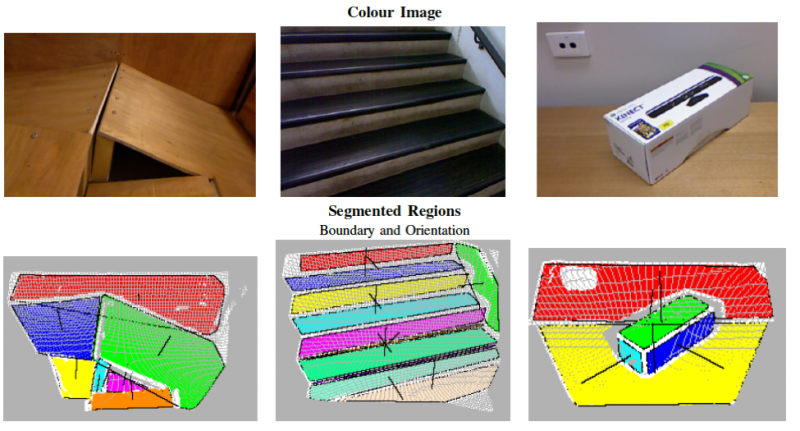